How to Improve Workplace Wellbeing for Your Employees

It is often said that employees are the greatest asset of a company, and for good reason.

Talk to us about our range of workplace coffee machines & multiple rental options.
enquire now

They are not only the driving force behind the operations, they are the heart of an organisation.

However, from the early 90’s, focus shifted away from the golden era of one-employer careers to companies making decisions based on short-term concerns; reducing overheads and increasing profits in order to compete in the global economy. With labour costs topping the list of a company’s expenses, employees quickly became disposable.

The irony is in the reverse effects we are seeing today as a result of this shift in thinking. Gallup, having tracked employee engagement for over 30 years, regularly surveys workers from around the world. Their global poll in 2014, “State of the Global Workplace”, found that:

76% of workers in Australia and New Zealand were either “not engaged” with or “actively disengaged” from their jobs.

Yup, you sure read right; almost 8 out of 10 Kiwi and Aussie employees are unhappy, unproductive, and spending half of their waking lives watching the clock waiting for home time. In capitalist terms, almost 80% of a company’s most expensive asset is ineffective.

There’s no way this is maximising profit.

But there is hope. Initiatives like Britain’s Healthiest Workplace Awards propose a different approach by proving that companies performing the best in the awards had a 24% lower cost of lost productivity compared with the worst performing companies. Essentially by looking after staff, they were looking after the bottom line.

“wellbeing is systemic and holistic, integrating many dimensions including the physical, cognitive and psychological needs of people”

2015 saw an increase in employers realising the importance of workplace wellbeing and Steelcase WorkSpace Futures researchers in Europe, North America and Asia have delved deeply into the topic, recognising that “wellbeing is systemic and holistic, integrating many dimensions including the physical, cognitive and psychological needs of people”. The team’s research identifies six dimensions of wellbeing that can be impacted by workplace design: 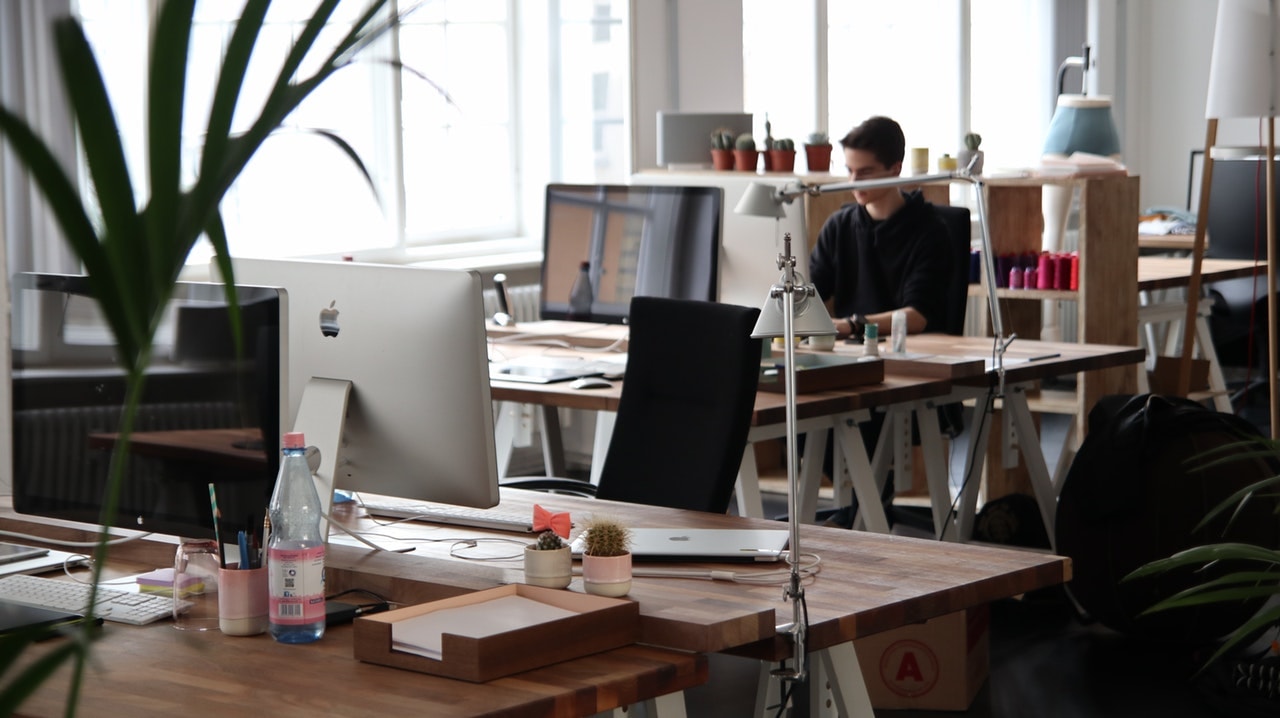 Now if you feel your workplace is lacking on any of these dimensions here are five considerations to get the wellbeing train rolling:

“To foster wellbeing, employees need to have a variety of work settings that they can choose from,” notes Nicholas de Benoist, a Steelcase researcher. “Traditionally workplaces have been designed for efficiency, and sometimes take a ‘one-size-fits-all’ approach. But that doesn’t offer employees the ability to choose the right kind of setting for the work they need to do. When they have choices, employees have a sense of control that helps them feel more empowered, engaged and less stressed.”

By giving employees the discretion to have some flexibility around when and where they work, they are empowered and enabled to be fully engaged and authentic.

Stanford organisational behaviour professor, Jeffrey Pfeffer, re-enforces this idea in his book “The Human Equation” where he cites a study of 136 companies across several industries that had initial public offerings in 1988. The study found companies which had a high focus on their staff were almost 20% more likely to survive for at least 5 years compared to those that did not. He further confirms through reviewing numerous other studies that workplaces which offered employees some autonomy and control over their work were more profitable than workplaces that treated employees as cogs in a production line.

We’ll train your staff for free, so that everyone can enjoy amazing coffee at work.
enquire now

Steelcase’s dimensions of wellbeing are built on the fundamental principle that the best place for work is a place that offers a palette or choice of place, posture and presence. Since our homes offer a selection of workspaces for different types of work and postures, it’s no wonder there’s a growing appeal to work from home.

So why not bring elements of home into the workplace? This trend appears more commonplace in co-working or shared work spaces and startups, but it’s making its move into big organisations too.

A main feature that does accommodate then for the choice of presence, is the kitchen. When well designed as an open area for casual connections, the mighty communal area can offer a social break from work activity and facilitate impromptu conversations to foster belonging and positive interactions.

With the rise of technology and mobile devices, employees are constantly connected, often unable to leave their job at the office when they clock out.

Interestingly enough, Google discovered that only 30% of their staff were able to separate their work stress from their private lives.

Their findings were consistent with another U.S. centric study by Gallup called the “State of the American Workplace” where 70% of workers were disengaged from their jobs, costing the American economy $450 to $550 billion.

It comes as no surprise that being ‘always on’ results in lack of rest and time to switch off. And as bounds of research has shown, cognitive abilities will decrease, decision-making becomes impaired and the probability of conflict at work and at home rises.

It is with this understanding that Steve Jobs wanted to pass on his love of meditation to others in the workplace, allowing Apple employees to take 30 minutes each day to meditate at work, providing classes on meditation and yoga on-site, and offering the use of a meditation room.

“Sitting disease is killing us – and exercise doesn’t help,” reads a Daily Telegraph headline from April, 2015.

A new study by the University Health Network (UHN) also claims “The amount of time a person sits during the day is associated with a higher risk of heart disease, diabetes, cancer, and death, regardless of regular exercise”.

Dr Jacquelyn Kulinski, a lead researcher on another recent study on the topic carried out by the Medical College of Wisconsin, believes that reducing the amount of time spent sitting by even an hour or two a day, could have a significant and positive impact.

Many have responded to this study by adopting and popularising the concept of standing desks. And since it may not be ideal for companies to grant employees 2 hour exercise breaks, this may not be a bad way to incorporate healthy living and movement into daily business.

What can inject a fresh sense of vitality and optimism like a fresh cup of coffee? When asked what was instrumental to drawing employees to the corporate campus, Martha Clarkson, experience designer at Microsoft, responded quite simply, it was their new coffee bar.

For Microsoft and in Clarkson’s words, they “bought a latte machine and that seemed to solve everything”.

You may want to consider offering a range of coffee options or DIY espresso drinks which allow employees to express their individual caffeine preferences. Alternatively, a communal coffee machine may suit, to create a sense of togetherness by ritualising casual morning and afternoon meet-ups and shared moments between staff.

Clearly, it’s not by coincidence such practices are found in top corporations.

By switching the focus back to employees, changes to improve workplace wellbeing will not only drastically increase the success of companies, but to the state of the heart and driving force of the organisation as well.

You have the power to start the change. Email this to your colleagues or click on one of the share icons below to get the conversation started around how your organisation can flourish.

Give one of these ideas a go at your workplace, and if it’s coffee you’d like to kick things off with, get in touch with us as we would love to see how we can help.

We’ll provide unrivalled, servicing & repairs to keep everything up and running.
enquire now

Setup your company for success today

See all blogs Back to top Next blog